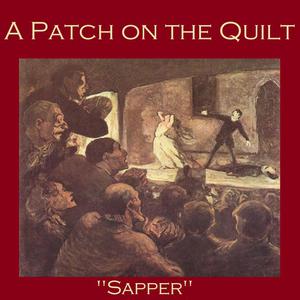 A Patch on the Quilt by Sapper
English | [email protected] kbps | 35 min | 49.2 MB
Herman Cyril McNeile, MC (1888 – 1937), who wrote under the pseudonym "Sapper", was a British soldier and author.A Patch on the Quilt is a short story about an actor who is pursued by a strange woman at the theatre with a very odd request. She has attended every performance of his play since it started, skipping meals to afford the tickets. She now wants him to come with her to a house in Kensington after his performance…which she says is part of her ‘plan’. But who is this person and what could she possibly want from him?