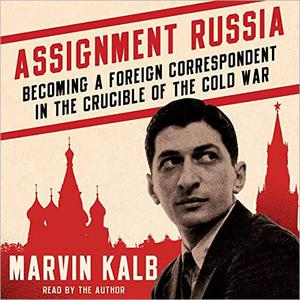 Assignment Russia: Becoming a Foreign Correspondent in the Crucible of the Cold War (Audiobook)
English | July 20, 2021 | ASIN: B099X923WM | [email protected] kbps | 13h 1m | 449 MB
Author and Narrator: Marvin Kalb
A personal journey through some of the darkest moments of the cold war and the early days of television news.