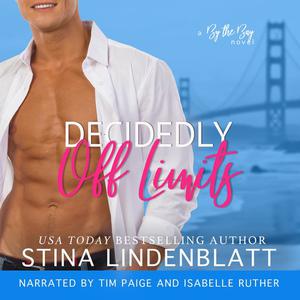 Oops.
Six months ago, I broke off my engagement because I was tired of not even being a distant second to my fiancé’s career.
Which is why Trent Salway, my brother’s best friend, is strictly forbidden.
One workaholic in my life is more than enough, thank you.
We’ll just ignore how I’ve been secretly crushing on him for as long as I can remember.
The problem? My best friend-Trent’s sister-is determined to find me Mr. Right.
***
Before being deployed on a Navy SEAL mission, my best friend makes one simple request:
I’m supposed to make sure that his sister Kelsey isn’t dating any assholes while he’s away.
Doesn’t sound too hard, right?
Living up to my promise includes crashing at least one blind date-not my finest moment, I might add-and spending more and more time with Kelsey.
Sparks fly between us, as do a few items of clothing.
Now, I have to decide what to do about the woman I’m falling for-the one whose brother will take me down faster than he takes down the enemy.
And I have to decide if I can be something other than a workaholic or if Kelsey is decidedlyofflimits.