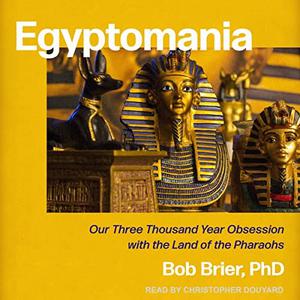 The world has always been fascinated with ancient Egypt. When the Romans conquered Egypt, it was really Egypt that conquered the Romans. Cleopatra captivated both Caesar and Marc Antony and soon Roman ladies were worshipping Isis and wearing vials of Nile water around their necks. What is it about ancient Egypt that breeds such obsession and imitation? Egyptomania explores the burning fascination with all things Egyptian and the events that fanned the flames-from ancient times, to Napoleon’s Egyptian campaign, to the discovery of Tutankhamen’s tomb by Howard Carter in the 1920s. For forty years, Bob Brier, one of the world’s foremost Egyptologists, has been amassing one of the largest collections of Egyptian memorabilia and seeking to understand the pull of ancient Egypt on our world today. In this original and groundbreaking book, he explores our three-thousand-year-old fixation with recovering Egyptian culture and its meaning. He traces our enthrallment with the mummies that seem to have cheated death and the pyramids that seem as if they will last forever-this is an inventive and mesmerizing tour of how an ancient civilization endures in ours today.