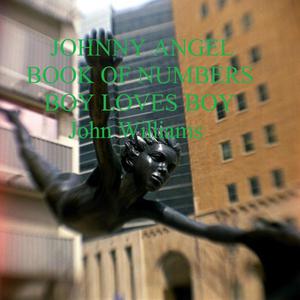 Johnny Angel Book of Numbers Boy loves Boy by John Williams
English | [email protected] kbps | 5h 09m | 424.6 MB
Book 4; JOHNNY ANGEL BOOK OF NUMBERS BOY LOVES BOY.This is the fourth book in the series, the first being JOHNNY ANGEL SPACE STATION QUARK, THE SECOND BEING JOHNNY ANGEL TIME BIT UNIT AND THE THIRD BEING JOHNNY ANGEL SEA OF PROSPERITY. All books deal with a boy loves boy backdrop to highly imaginative science fiction. There are four different stories dealing with different boys. Johnny Angel, Mathew someday, Christopher Cross and Simon Sevenson.Aboard the imperial control ship, Anama One, Johnny gives a lecture on time bits and listens to boy number I to boy number 10 lectures. After lunch, number one suggests a game; and he teams with Johnny. Anama One is a nest of tunnels. While chasing number one, he falls in sea, rescuing the unconscious number one. A drone with no pilot picks them up, taking them to an island, it’s there Johnny learns number one’s real name is William and is even more autistic than Loki. William throws an autistic fit and the other nine appear, the hunt for the time bit has began, they were in planet Anama before it exploded. The other boys leave after explaining William’s gift is to enter other’s intelligence. Exhausted, Johnny falls asleep and awakes in a jungle hut and a talking parrot. William has recovered and for now, both must remain on the island.