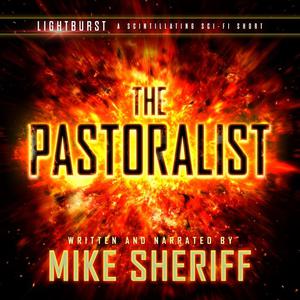 Rosalind’s neocarbon broadsword and chemo gun are all that stand between her defenseless sheep and roaming packs of snarling wolves.
Together with her border collie, Sox, she guards the flocks in the ashen pastures of the valley, the only home she’s ever known.
But the valley has changed over the past year.
Her fellow pastoralists-once numbering in the hundreds of thousands-have disappeared.
She’s changed, too: becoming self-aware; becoming larger than herself; becomingravenous. She’s started slaughtering sheep to fuel her insatiable appetite-and the Makers aren’t happy.
When a stranger arrives on her doorstep, Rosalind discovers how far the Makers will go to end the slaughter . . . and her life. But she has a surprise in store for them-one that will change the valley forever.