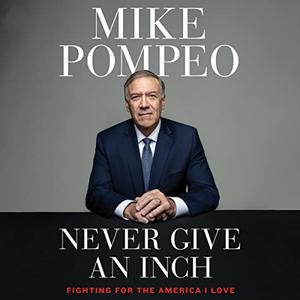 Former Secretary of State and CIA Director Mike Pompeo spearheaded the Trump Administration’s most significant foreign policy breakthroughs. Now, he reveals how he did it, and how it could happen again. Mike Pompeo is the only person ever to have served as both America’s most senior diplomat and the head of its premier espionage agency. As the only four-year national security member of President Trump’s Cabinet, he worked to impose crushing pressure on the Islamic Republic of Iran, avert a nuclear crisis with North Korea, deliver unmatched support for Israel, and bring peace to the Middle East.
Drawing on his commitment to America’s founding principles and his Christian faith, his efforts to promote religious freedom around the world were unequaled in American diplomatic history. Most importantly, he led a much-needed generational transformation of America’s relationship with China. Blending remarkable and often humorous stories of his interactions with world leaders and unmatched analysis of geopolitics, Never Give an Inch tells of how Pompeo helped the Trump Administration craft the America First approach that upended Washington wisdom-and made him America’s enemies’ worst nightmare.