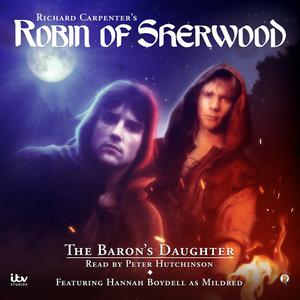 Robin of Sherwood – The Baron’s Daughter by Jennifer Ash
English | [email protected] kbps | 1h 03m | 87.0 MB
The ITV Series Robin of Sherwood is generally considered to have been among the greatest adaptations of the legend, with its fantastic set of characters both traditional and new, as well as its twisting, turning, turbulent Description lines. This audiobook is one of an excellent range that adds even more depth to the Robin Hood universe, with each episode taking place close to the timeframe of the original TV show and featuring the characters we all know and love.

In this instalment – set after the TV episode Alan a Dale – Baron de Bracy is out for revenge, with six months having passed since Robin and his outlaws saved his daughter from a miserable marriage to the Sheriff of Nottingham. And if he can get rid of her minstrel husband at the same time, well, all the better…
The TV Series Robin of Sherwood is copyright © 1983 HTV/Goldcrest Films and was created by Richard Carpenter.