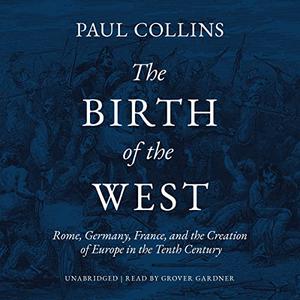 The tenth century dawned in violence and disorder. Charlemagne’s empire was in ruins, most of Spain had been claimed by Moorish invaders, and even the papacy in Rome was embroiled in petty, provincial conflicts. To many historians, it was a prime example of the ignorance and uncertainty of the Dark Ages. Yet according to historian Paul Collins, the story of the tenth century is the story of our culture’s birth, of the emergence of our civilization into the light of day. The Birth of the West tells the story of a transformation from chaos to order, exploring the alien landscape of Europe in transition. It is a fascinating narrative that thoroughly renovates older conceptions of feudalism and what medieval life was actually like. The result is a wholly new vision of how civilization sprang from the unlikeliest of origins, and proof that our tenth-century ancestors are not as remote as we might think.