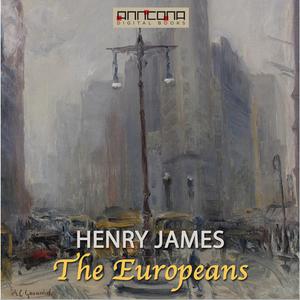 It is essentially a comedy contrasting the behaviour and attitudes of two visitors from Europe with those of their relatives living in the ‘new’ world of New England.
The tale opens in Boston and New England in the middle of the 19th century, and describes the experiences of two European siblings shifting from the old to the new world. The two protagonists are Eugenia Münster and Felix Young, who since their early childhood have lived in Europe, moving from France to Italy and from Spain to Germany.
In this last place, Eugenia entered into a Morganatic marriage with Prince Adolf of Silberstadt-Schreckenstein, the younger brother of the reigning prince who is now being urged by his family to dissolve the marriage for political reasons. Because of this, Eugenia and Felix decide to travel to America to meet their distant cousins, so that Eugenia may "seek her fortune" in the form of a wealthy American husband.
The novel first appeared as a serial in The Atlantic Monthly for July-October, 1878. James made numerous minor revisions for the first book publication.
Total Running Time (TRT): 6h, 37min
Henry James, OM (Order of Merit) (1843-1916) was an American-born writer, regarded as one of the key figures of 19th-century literary realism.
He is best known for a number of novels showing Americans encountering Europe and Europeans. His method of writing from a character’s point of view allowed him to explore issues related to consciousness and perception, and his style in later works has been compared to impressionist painting. His imaginative use of point of view, interior monologue and unreliable narrators brought a new depth to narrative fiction.
Henry James was nominated for the Nobel Prize in Literature in 1911, 1912, and 1916.