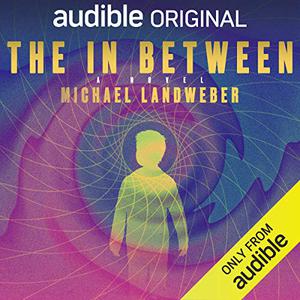 The In Between: A Novel (Audiobook)
English | February 27, 2020 | ASIN: B0847SW7G9 | [email protected] kbps | 10h 7m | 551 MB
Author: Michael Landweber | Narrators: Brittany Pressley, Mark Boyett
In this wildly imaginative novel for fans of Dark Matter and Ready Player One, listeners are transported to the near future, and when a young boy attempting to teleport gets lost in transit, his parents will do whatever it takes to find him in "the in between."

The year is 2047, and teleportation is the cutting-edge transportation method of choice – Teleportation Services International (TSI) operates facilities in all of the world’s major cities. When Lillian, a TSI employee, wins a once-in-a-lifetime family vacation, she knows it’s just a photo op for the tech giant, but she takes the opportunity and books a trip to Tokyo with her husband Jackson and their six-year-old son Cole. But before they arrive, tragedy strikes: Cole disappears in transit.
Lillian and Jackson take very different paths to cope: Lillian wants justice for her son’s death and attempts to find those responsible by conducting a covert investigation from within TSI. Jackson, meanwhile, is convinced that Cole is still alive somewhere in "the in between" and teleports back and forth from Japan, over and over again, to find him.
Ultimately, this explosive and thought-provoking story asks ambitious questions about technology, power, and our rapidly changing world.