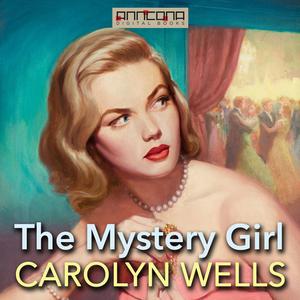 This is the thirteenth mystery story involving the Sherlock Holmes like detective Fleming Stone who is brought in to solve another mystery.
Corinth is little New England college town. In the middle of the election of a new president of the University the favorite candidate is found dead. Is it murder or suicide? All entrances to the study where the body was found were locked from the inside. The future college president and groom-to-be had no known cause for suicide, yet no clues in either direction appeared to make any sense.
Was Anita, the Mystery Girl, who had just arrived in the New England college town, somehow involved? Did she have any reason to murder the well-liked man? Perhaps some love letters between the two that nobody was to know about?
And what of the mark of a ring on the deceased man’s forehead? The college town was abuzz, and it seemed everyone had their own ideas of what actually happened.
Fleming Stone is once more called in to solve the mystery…
The Mystery Girl was first published in 1922. Audiobook read by Roger Melin, running time 8 hours, 6 min. Unabridged full version. Also available as E-Book: ePUB, 62,500words, average reading time 5 hours, 10 min.
Carolyn Wells (1862-1942) was an American author and poet. Carolyn Wells wrote a total of more than 170 books. During the first ten years of her career, she concentrated on poetry, humor, and children’s books. However, Carolyn Wells began reading mystery stories written by Anna Katherine Green, and from then on she devoted her writings to puzzling mysteries in a similar vein.