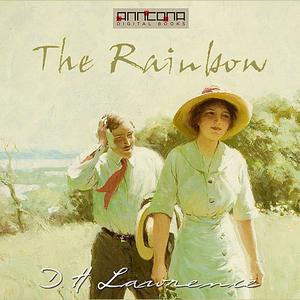 The Rainbow by David Herbert Lawrence
English | [email protected] kbps | 19h 20m | 1594.2 MB
The Rainbow is a 1915 novel by British author D. H. Lawrence. It follows the Brangwen family living in Nottinghamshire, particularly focusing on the individual’s struggle to growth and fulfillment within the confining strictures of English social life.

The Rainbow tells the story of three generations of the Brangwen family, a farm/ labouring dynasty who live in the East Midlands of England near Nottingham. The book spans a period of roughly 65 years from the 1840s to 1905, and shows how the love relationships of the Brangwens change against the backdrop of the increasing industrialisation of Britain.
Lawrence’s frank treatment of sexual desire and the power it plays within relationships as a natural and even spiritual force of life, though perhaps tame by modern standards, caused The Rainbow to be prosecuted in an obscenity trial in late 1915, as a result of which all copies were seized and burnt. After this ban it was unavailable in Britain for 11 years, although editions were available in the USA.
The Rainbow was followed by a sequel in 1920, Women in Love. However, after the negative public reception of The Rainbow, Lawrence’s publisher opted out of publishing the sequel.
David Herbert Lawrence (1885-1930) was an English novelist, poet, playwright, essayist, literary critic and painter who published as D. H. Lawrence. Lawrence is perhaps best known for his novels Sons and Lovers, The Rainbow, Women in Love and Lady Chatterley’s Lover.