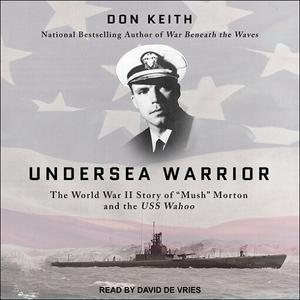 The remarkable true story of Dudley "Mush" Morton, the most admired-and feared-submarine commander of World War II Mush Morton was a warrior without peer. At the helm of the USS Wahoo he completely changed the way the submarines fought in the Pacific War. He would relentlessly attack the Japanese at every opportunity, burning through his supply of torpedoes in record time on every patrol. Over the course of only nine months and five patrols, Morton racked up an astounding list of achievements, including being the first American skipper to wipe out an entire enemy convoy single-handedly. Here, for the first time, is the life and legend of a heroic submarine commander who fought the war on his own terms, and changed the course of the undersea war in the Pacific.