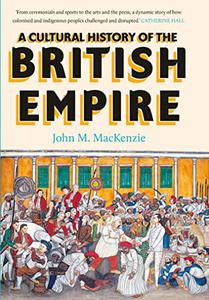 A compelling history of British imperial culture, showing how it was adopted and subverted by colonial subjects around the world
As the British Empire expanded across the globe, it exported more than troops and goods. In every colony, imperial delegates dispersed British cultural forms. Facilitated by the rapid growth of print, photography, film, and radio, imperialists imagined this new global culture would cement the unity of the empire. But this remarkably wide-ranging spread of ideas had unintended and surprising results.
In this groundbreaking history, John M. MacKenzie examines the importance of culture in British imperialism. MacKenzie describes how colonized peoples were quick to observe British culture-and adapted elements to their own ends, subverting British expectations and eventually beating them at their own game. As indigenous communities integrated their own cultures with the British imports, the empire itself was increasingly undermined.
From the extraordinary spread of cricket and horse racing to statues and ceremonies, MacKenzie presents an engaging imperial history-one with profound implications for global culture in the present day.