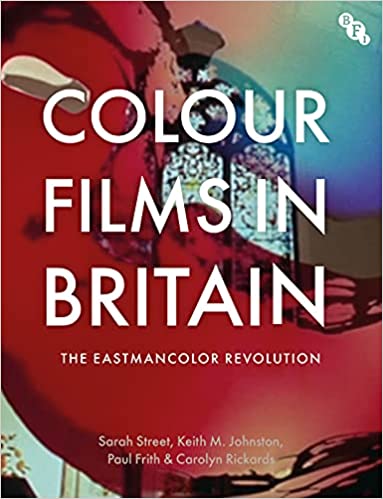 The story of Eastmancolor’s arrival on the British filmmaking scene is one of intermittent trial and error, intense debate and speculation before gradual acceptance. This book traces the journey of its adoption in British Film and considers its lasting significance as one of the most important technical innovations in film history.
Through original archival research and interviews with key figures within the industry, the authors examine the role of Eastmancolor in relation to key areas of British cinema since the 1950s; including its economic and structural histories, different studio and industrial strategies, and the wider aesthetic changes that took place with the mass adoption of colour.
Their analysis of British cinema through the lens of colour produces new interpretations of key British film genres including social realism, historical and costume drama, science fiction, horror, crime, documentary and even sex films. They explore how colour communicated meaning in films ranging from theCarry Onseries to Monty Python’sLife of Brian(1979), fromLawrence of Arabia(1962) toA Passage to India(1984), and fromGoldfinger(1964) to1984(1984), and in the work of key directors and cinematographers of both popular and art cinema including Nicolas Roeg, Ken Russell, Ridley Scott, Peter Greenaway and Chris Menges.