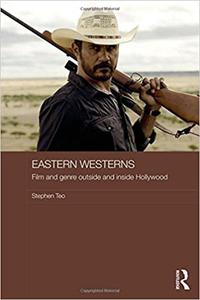 Stephen Teo, "Eastern Westerns: Film and Genre Outside and Inside Hollywood "
English | ISBN: 1138819425 | 2016 | 284 pages | AZW3 | 4 MB
The western, one of Hollywood’s great film genres, has, surprisingly, enjoyed a revival recently in Asia and in other parts of the world, whilst at the same time declining in America. Although the western is often seen as an example of American cultural dominance, this book challenges this view. It considers the western from an Asian perspective, exploring why the rise of Asian westerns has come about, and examining how its aesthetics, styles and politics have evolved as a result. It analyses specific Asian Westerns as well as Westerns made elsewhere, including in Australia, Europe, and Hollywood, to demonstrate how these employ Asian philosophical and mythical ideas and value systems. The book concludes that the western is a genre which is truly global, and not one that that is purely intrinsic to America.