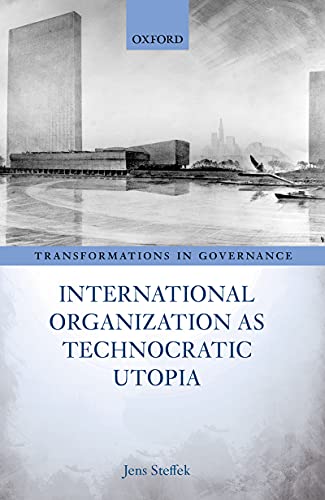 As climate change and a pandemic pose enormous challenges to humankind, the concept of expert governance gains new traction. This book revisits the idea that scientists, bureaucrats, and lawyers, rather than politicians or diplomats, should manage international relations. It shows that this technocratic approach has been a persistent theme in writings about international relations, both academic and policy-oriented, since the 19th century. The technocratic tradition
of international thought unfolded in four phases, which were closely related to domestic processes of modernization and rationalization. The pioneering phase lasted from the Congress of Vienna to the First World War. In these years, philosophers, law scholars, and early social scientists began to
combine internationalism and ideals of expert governance. Between the two world wars, a utopian period followed that was marked by visions of technocratic international organizations that would have overcome the principle of territoriality. In the third phase, from the 1940s to the 1960s, technocracy became the dominant paradigm of international institution-building. That paradigm began to disintegrate from the 1970s onwards, but important elements remain until the present day. The specific
promise of technocratic internationalism is its ability to transform violent and unpredictable international politics into orderly and competent public administration. Such ideas also had political clout. This book shows how they left their mark on the League of Nations, the functional branches of the
United Nations system and the European integration project.
Transformations in Governance is a major academic book series from Oxford University Press. It is designed to accommodate the impressive growth of research in comparative politics, international relations, public policy, federalism, and environmental and urban studies concerned with the dispersion of authority from central states to supranational institutions, subnational governments, and public-private networks. It brings together work that advances our understanding of the
organization, causes, and consequences of multilevel and complex governance. The series is selective, containing annually a small number of books of exceptionally high quality by leading and emerging scholars.
The series is edited by Liesbet Hooghe and Gary Marks of the University of North Carolina, Chapel Hill, and Walter Mattli of the University of Oxford