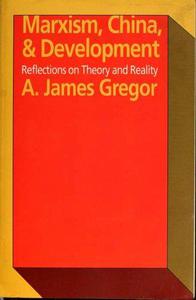 Marxism, China, and Development: Reflections on Theory and Reality By A. James Gregor
1999 | 296 Pages | ISBN: 0765806347 | EPUB | 1 MB
China has always been something of a mystery to Westerners. For one genera-tion, Mao Zedong and his followers were simple "agrarian reformers," while for another they were the "communist emperor and his blue ants." In the 1970s, some of the finest Sinologists believed there was much the United States could learn from Mao’s Great Proletarian Cultural Revolution with regard to bureaucracy, criminal justice, health care, and mass education. By the 1980s, those same theo-rists asserted that Maoism was nothing more than a feudal fascism and had abso-lutely nothing positive to teach. Marxism, China, and Development provides a plausible explanation of these developments that have had such a powerful effect on the people of China for the past half century.The author describes and explains the strange collection of beliefs that made up the Marxism of Mao Zedong. He seeks to understand why the communist leader-ship of China, like that of the USSR, tried to spur economic growth by abandoning the market modalities common to developed economies. A. James Gregor’s con-ceptual framework is both original, and makes more comprehensible the history of Marxism and the history of China. Among the major topics he covers are imperi-alism, political democracy, economics, and alternatives to Maoism and Marxism for China.While it is unlikely that our understanding of so complex a series of events as modern Chinese history will soon become less controversial, Marxism, China, and Development’s clear, concise explanations will clarify some perplexing areas, and make the new turns in Chinese political economy more understandable. This is a monumental effort at theory construction that will be of interest to political scien-tists, economists, sociologists, and Sinologists.