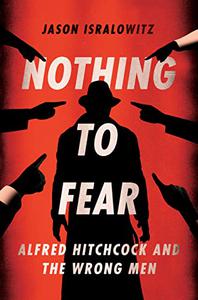 Alfred Hitchcock is not often associated with a social justice movement. But in 1956, the world’s most famous director focused his lens on an issue that cuts to the heart of our criminal justice system: the risk of wrongful conviction. The result wasThe Wrong Man, a wrenching and largely overlooked drama based on the false arrest of Queens musician Christopher "Manny" Balestrero. Despite a detective’s assurance that the innocent have "nothing to fear," Manny and his family faced ruin from false charges that he twice robbed an insurance office. Aspiring to documentary-like authenticity, Hitchcock and his team meticulously recreated one man’s odyssey through the corridors of justice. In so doing, they opened a window into New York’s history of mistaken identity cases. The Balestrero prosecution was not an isolated miscarriage of justice. Instead, Manny fell victim to the same rush to judgment and suggestive eyewitness identification procedures that had doomed innocent defendants in earlier cases. In this sense, his ordeal is part of a larger story of how New York’s legal institutions failed to reckon with their role in other wrongful prosecutions in the first half of the 20th century. Attorney Jason Isralowitz tells this story in a fascinating book that situates both the real-life Balestrero case and its cinematic counterpart in their historical context. At the same time,The Wrong Mantranscends its era. Isralowitz examines how Hitchcock fused striking visual motifs with social realism to create a timeless work of art. The film bears witness to the unreliability of identification testimony, the need for police lineup reforms, the dangers of investigative "tunnel vision," and other issues that animate the contemporary innocence movement. When seen in light of the hundreds of exonerations of imprisoned defendants over the past thirty years,The Wrong Man’s power reasserts itself. A genre-busting work of legal history and film analysis,Nothing to Fear: Alfred Hitchcock and the Wrong Menis a must-read not only for fans of Hitchcock, but also for anyone interested in the history and causes of wrongful convictions.