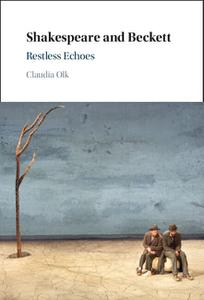 Shakespeare and Beckett
English | 2023 | ISBN: 131651403X | 251 Pages | PDF | 2 MB
‘The danger is in the neatness of identifications’, Samuel Beckett famously stated, and, at first glance, no two authors could be further distant from one another than William Shakespeare and Samuel Beckett. This book addresses the vast intertextual network between the works of both writers and explores the resonant correspondences between them. It analyses where and how these resonances manifest themselves in their aesthetics, theatre, language and form. It traces convergences and inversions across both œuvres that resound beyond their conditions of production and possibility. Uncovering hitherto unexplored relations between the texts of an early modern and a late modern author, this study seeks to offer fresh readings of single passages and entire works, but it will also describe productive tensions and creative incongruences between them.