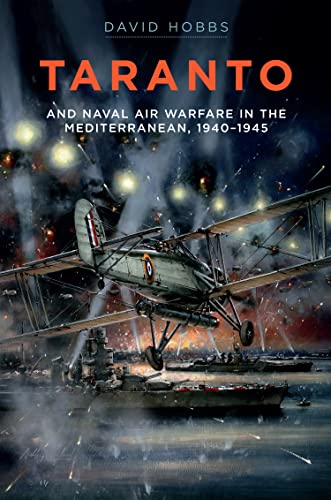 "If you only read one book on the development of the Fleet Air Arm and Naval air warfare in the Mediterranean during World War 2 then this should be it." -Military Historical Society
After the Italian declaration of war in June 1940, the Royal Navy found itself facing a larger and better-equipped Italian surface fleet, large Italian and German air forces equipped with modern aircraft and both Italian and German submarines. Its own aircraft were a critical element of an unprecedented fight on, over and under the sea surface.
The best-known action was the crippling of the Italian fleet at Taranto, which demonstrated how aircraft carriers and their aircraft had replaced the dominance of battleships, but every subsequent operation is covered from the perspective of naval aviation. Some of these, like Matapan or the defense of the "Pedestal" convoy to Malta, are famous but others in support of land campaigns and in the Aegean after the Italian surrender are less…