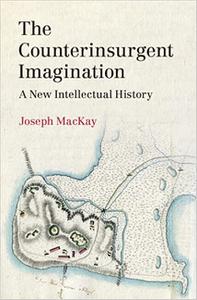 Joseph MacKay, "The Counterinsurgent Imagination "
English | ISBN: 1009225820 | 2023 | 322 pages | PDF | 1247 KB
Counterinsurgency, the violent suppression of armed insurrection, is among the dominant kinds of war in contemporary world politics. Often linked to protecting populations and reconstructing legitimate political orders, it has appeared in other times and places in very different forms – and has taken on a range of politics in doing so. How did it arrive at its present form, and what generated these others, along the way? Spanning several centuries and four detailed case studies, The Counterinsurgent Imagination unpacks and explores this intellectual history through counterinsurgency manuals. These military theoretical and instructional texts, and the practitioners who produced them, made counterinsurgency possible in practice. By interrogating these processes, this book explains how counter-insurrectionary war eventually took on its late twentieth and early twenty-first century forms. It shows how and why counterinsurgent ideas persist, despite recurring failures.