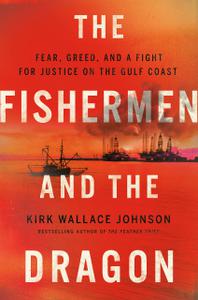 By the late 1970s, the fishermen of the Texas Gulf Coast were struggling. The bays that had sustained generations of shrimpers and crabbers before them were being poisoned by nearby petrochemical plants, oil spills, pesticides, and concrete. But as their nets came up light, the white shrimpers could only see one culprit: the small but growing number of newly resettled Vietnamese refugees who had recently started fishing.
Drawing upon a trove of never-before-published material, including FBI and ATF records, unprecedented access to case files, and scores of firsthand interviews with Klansmen, shrimpers, law enforcement, environmental activists, lawyers, perpetrators and victims, Johnson uncovers secrets and secures confessions to crimes that went unsolved for more than forty years. This explosive investigation of a forgotten story, years in the making, ultimately leads Johnson to the doorstep of the one woman who could see clearly enough to recognize the true threat to the bays-and who now represents the fishermen’s last hope.