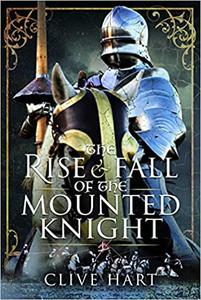 Clive Hart, "The Rise and Fall of the Mounted Knight"
English | ISBN: 1399082043 | 2023 | 288 pages | EPUB | 4 MB
The medieval mounted knight was a fearsome weapon of war, captivating and horrifying in equal measure, they are a continuing source of fascination. They have been both held up as a paragon of chivalry, whilst often being condemned as oppressive and violent. Occupying a unique place in history, knights on their warhorses are an enigma hidden behind their metal armor, and seemingly unreachable on their steeds. This book seeks to understand the world of the medieval knight by studying their origins, their accomplishments and their eventual decline. Forged in the death throes of the Roman Empire, the mounted knight found a place in a harsh and dangerous world where their skills and mentality carved them into history. From the First Crusade to the fields of Scotland, knights could be found, and their human side is examined to see how these men came to both rule Europe, and ride into enduring legend.

The challenges facing the mounted knight were vast and deadly, from increasingly professional and competent infantry forces to gunpowder, the rise of political unity and the crunch of finance. The factors which forced the knight into the past help to define who and what they were, as well as the legacy that they have left indelibly imprinted on the world.
The standout feature of this book is the focus on the equine half of the partnership, from an author who practices the arts of horsemanship on a daily basis, including combat with sword and lance. The psychology of the horse, refined by the experience of actually training warhorses, has helped the author to add to the body of academic work on the subject. This insight opens up the world of the mounted knight, and importantly and uniquely, challenges the perception of what he and his horse could really do.
Read more