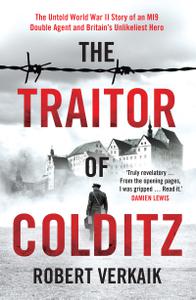 Britain’s hopes are pinned on two of the war’s unlikeliest heroes – a Jewish Glaswegian dentist and an East End black-marketeer in a story which ranges from Auschwitz to the Cabarets of Berlin.
Colditz is an iconic part of the British WW2 story, up there with Spitfires and D-Day and the subject of many books, films and TV programs. This strangely neglected facet of the WW2 story, but with a bigger story which for all sorts of reasons (not least of which were live security issues) has never been told and which Robert Verkaik has uncovered for the first time.