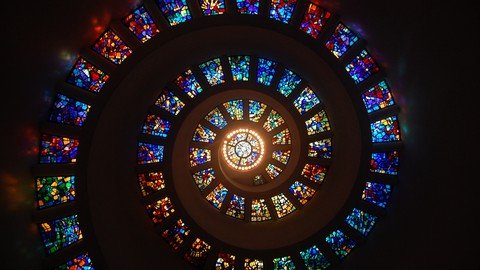 What you’ll learn
Quantum Computing Overview
Quantum Libraries Overview
Quantum Algorithms Overview
Quantum Constraints Overview
Quantum Ecosystem Overview
Requirements
Beginner level python will be helpful.
Description
Quantum computing is an area of computing focused on developing computer technology based on the principles of quantum theory (which explains the behavior of energy and material on the atomic and subatomic levels). Computers used today can only encode information in bits that take the value of 1 or 0-restricting their ability.
Quantum computing, on the other hand, uses quantum bits or qubits. It harnesses the unique ability of subatomic particles that allows them to exist in more than one state (i.e., a 1 and a 0 at the same time).
Quantum computers are elegant machines, smaller and requiring less energy than supercomputers. An IBM Quantum processor is a wafer not much bigger than the one found in a laptop. And a quantum hardware system is about the size of a car, made up mostly of cooling systems to keep the superconducting processor at its ultra-cold operational temperature.
A classical processor uses bits to perform its operations. A quantum computer uses qubits (CUE-bits) to run multidimensional quantum algorithms.
Superfluids
Your desktop computer likely uses a fan to get cold enough to work. Our quantum processors need to be very cold – about a hundredth of a degree above absolute zero. To achieve this, we use super-cooled superfluids to create superconductors.
Superconductors
At those ultra-low temperatures certain materials in our processors exhibit another important quantum mechanical effect: electrons move through them without resistance. This makes them "superconductors." When electrons pass through superconductors they match up, forming "Cooper pairs." These pairs can carry a charge across barriers, or insulators, through a process known as quantum tunneling. Two superconductors placed on either side of an insulator form a Josephson junction.
It should be stressed that quantum computers haven’t yet hit that level of maturity – and won’t for some time – but when a large, stable device is built (or if it’s built, as an increasingly diminishing minority argue), its unprecedented ability to factor large numbers would essentially leave the RSA cryptosystem in tatters. Thankfully, the technology is still a ways away – and the experts are on it.
Despite its ubiquity, many in the QC field aren’t so taken with Schrodinger’s cat. The more interesting fact about superposition – rather than the two-things-at-once point of focus – is the ability to look at quantum states in multiple ways, and ask it different questions, said Donohue. That is, rather than having to perform tasks sequentially, like a traditional computer, quantum computers can run vast numbers of parallel computations.
Who this course is for
Student and learners from Physics , Maths and Computer Science Background.